At BrandHack Some Strangers Got Really Creative Really Fast!

I was fortunate enough to be accepted to the Ad Club Board of Directors this past summer of 2015. Prior to that, I was only a member of the club for one year. Both years, I’ve thoroughly enjoyed the people I’ve met and the events I’ve attended. One of my goals when I joined the board was to try and help explore how to make events more interactive and fun. Being from the tech side of the creative world, I decided I would try and borrow from my friends in the tech industry and see if I couldn’t take the idea of an all day “hack-a-thon” and marry it with the design world’s creativity. 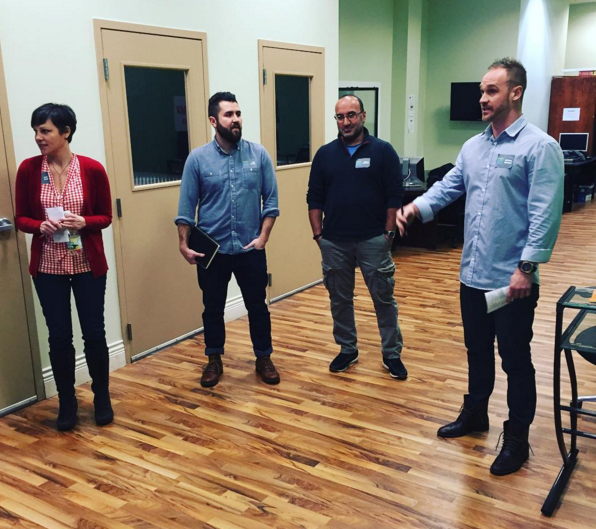 We had three main goals for this event: 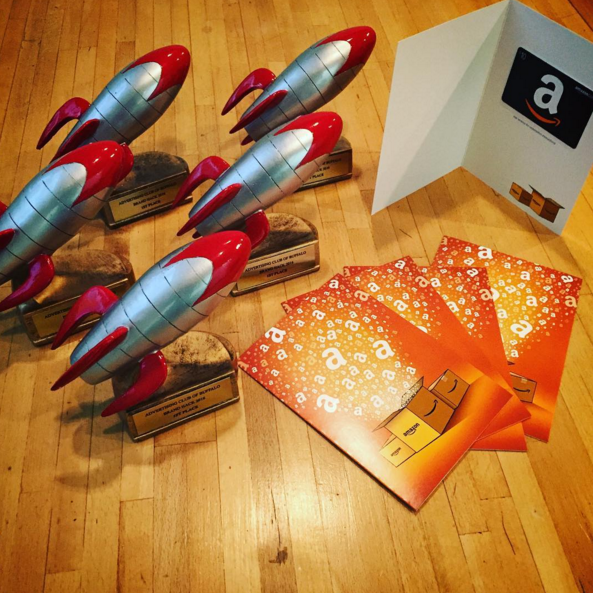 Of course we had to make it worthwhile as well. Chelsea Turton, the board’s student liaison, created an amazing graphic of a rocket “idea” breaking through an alarm clock. We decided to build off that and after a few minutes of brainstorming, we googled “Rocket Trophies” and the rest was history. 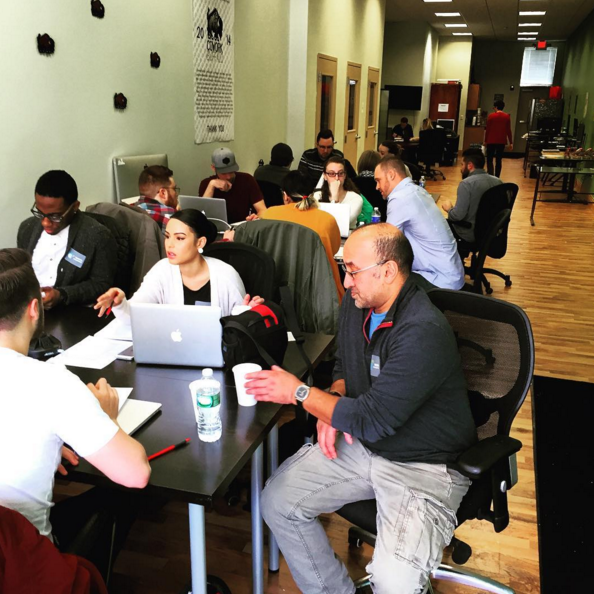 The fluctuations in the day were amazing to observe. Early on before the briefing it was as loud as a high school lunch room. Everyone was chatting up a storm getting to know each other. Then after a moment of silence for the creative briefing, came the flurry of conversations as the teams started talking out concept ideas. Then, after Michael proclaimed around noon “You should definitely be into designing by now, 3 hours left!” the room went silent, like a good Thanksgiving dinner when everyone starts eating. It was pretty entertaining to watch as an outsider. Everyone gave great presentations and each team was very supportive of the others while they presented.

The challenge was to develop an awareness campaign that would help the fictional “Urban Food Bank” solicit donations year-round, rather than just the popular November & December Holiday months. A bonus would be to create an urgency for donating or funding toiletries which are an often overlooked aspect of the care provided by the bank.

I’m biased, but I think the event was awesome. Nobody seemed bored, everyone was engaged, and there was some really great work that came out of this.

And now I’m happy to share the campaigns that were dreamt up in 4.5 hours on a random Saturday in January by complete strangers. Starting with the winning campaign, the runner up, and the other great campaigns in no particular order. It really was amazing was great work came out of just 4.5 hours. 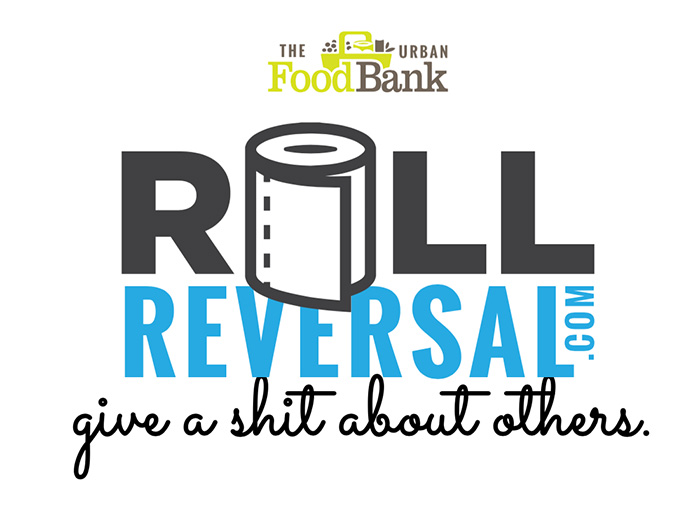 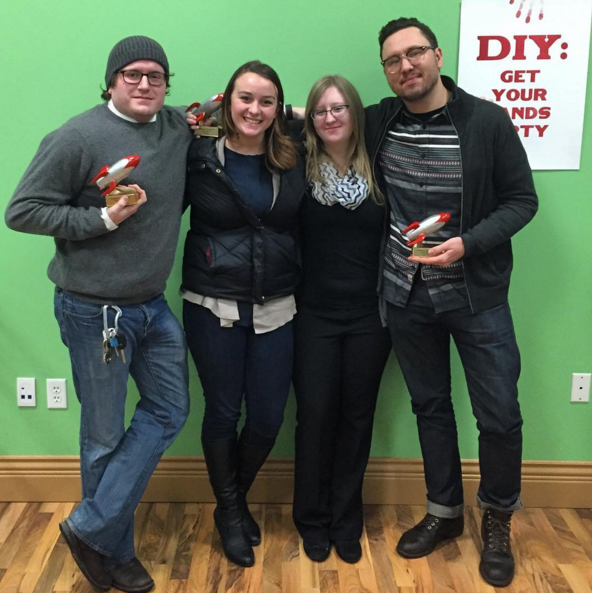 Team Two’s campaign, “Roll Reversal”, is focused on increasing donations of toilet paper to the Urban Food Bank. This campaign is designed to target people when they are in a position to empathize with those in need of toilet paper, and usually have a mobile device in-hand.

We created vinyl wraps for use inside of public bathroom stalls to cover the full toilet paper rolls, making them appear empty, hopefully giving people that “Oh Shit” feeling of being out of toilet paper.

The ultimate goal of this campaign is to drive people to a landing page for the Urban Food Bank that is optimized for mobile conversions and provides an quick button to donate an amount of money equivalent to one roll of toilet paper.

Runner Up: “One More” 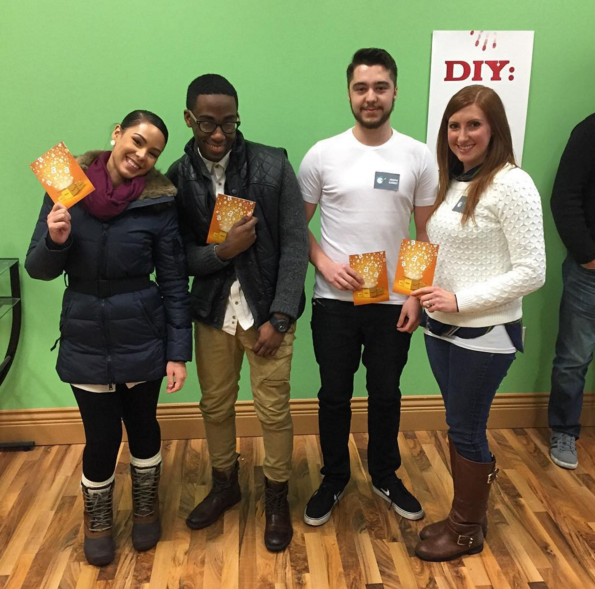 By giving just “one more”, you can change lives. “One more” is easy and is something everyone can do, but it makes a big impact. You’re filling a gap in your community by giving “one more” dollar or donation. Really show WHO the donations are going to by telling the stories of the people in need. Guarantee donations are doing good for your friends and neighbors. Make it fun, and something people want to do over and over. We would provide free bags that can be filled with donations and conveniently emptied at numerous drop off locations. We would utilize a number of tactics including a mobile app.

The goal of the “Feed the Hunger Monster” campaign is to increase food, toiletry, and monetary donations specifically in the spring to prepare for school being out in summer.

It’s tough to focus when you’re hungry or don’t feel your best. The monster is a physical representation of those feelings. “Feed the Hunger Monster” aims to show parents what kids can accomplish when they’re not worried where their next meal will come from, or if their classmates will mock them for their clothes or hygiene.

While you enjoy the delights of the season the Anderson family needs your help. Turn your extra money into meals for them by donating to the Urban Food Bank.Visit treatstomeals.com to help and donate. 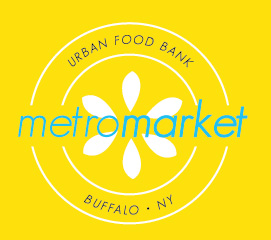 MetroMarket makes it easier than ever to grow your community.

The MetroMarket truck stops by your home once a month to exchange food and toiletries for fresh fruits and vegetables grown in Buffalo’s own urban gardens.

We donate an equal shipment of fresh foods to Urban Food Bank.

It really is that simple.