Johnathan Worden, a leader in organizational and management development, made a side gig as a children’s book author; and it all happened by accident. “Mr. Moose Caboose Finds His Way”, the first in the series The Great Dane Chronicles, is the finished product of a pandemic project that Worden sought out after in honor of his great dane dog, Moose. As the muse behind this book, Worden channeled Moose’s behaviors and interactions with other humans and dogs from puppyhood to adulthood and how the shift impacted not only Moose, but also Worden and his husband, Nick.

Worden shared his story with attendees of this AdWeek event at The Barrel Factory in Buffalo. He started the conversation with the exploration of the audience’s own goals and dreams — things they want but haven’t fully gone after yet. Worden used Mentimeter to engage the audience through their smartphones. He asked things like what the audience’s goals are, what’s holding them back, what they do for work and/or a side gig, and other prompts that got the audience engaged.

With stacks of signed books behind him, Worden took the time to go through his book and add in the details behind it – ones that children wouldn’t necessarily understand; and he even gave the audience a peek into his upcoming book in the series: “Mr. Moose Caboose and the Lavender Goose.”

After his presentation, all audience members got a signed book from Worden and walked away with an altered perspective and new found inspiration for their own personal goals. 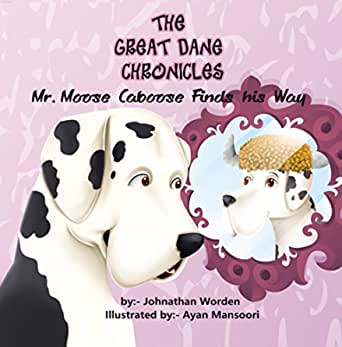