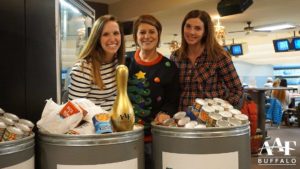 Buffalo’s creative minds came with open hearts to donate non-perishable food items amassing 649 pounds, enough to warrant its own show on TLC. Or as we like to put it, 540 meals for neighbors in need.

Sixteen teams of four, including eleven company-sponsored teams, came to represent. But only one took home the glory and the coveted golden pin. 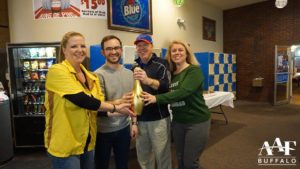 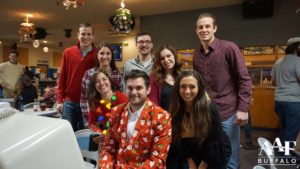 Thank you to Quinlan for sponsoring the event and to Kenmore Lanes for having us. And thank you to Big Ditch Brewing Co., NOCO Express, and Certo Brothers for donating additional prizes.