The fifth installment of our BrandHack event featured a local non-profit looking for a new postcard, brochure, and social media campaign to generate awareness for their organization. Family promise of Western New York is an emergency shelter for homeless families. They help families experiencing homeless stay together during tough times. This event was hosted at Daemen College in Amherst, New York. 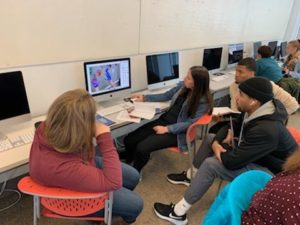 Five teams of students from Daemen College, Buffalo State College, Villa Mariam and Hilbert College were tasked with creating these final deliverables. Leading the teams were seasoned professionals from the area – Samantha Lonczak from Fifteen, Caroline Jette from Delaware North, Andrea LoPiccolo from Fifteen, Holly Norris from White Bicycle, and Cody Andrees from the martin group. These designers and art directors provided guidance and advice for the teams from brainstorming and development through execution.

The format remained the same from 2019. Teams had five hours to organize and create their ideas before pitching them to our two judges, as well as the representatives from Family Promise of Western New York.

Our professional judge for this year’s event, President and CEO of Luminis Tim Bouchard,  offered his expertise throughout the event, and made sure the teams were on track and accomplishing what they had to on the tight deadline. While representing Family Promise of Western New York, Annalyse Paulsen provided the students with valuable information as to the various needs of FPWNY, as well as their process for working with various individuals.

Each team beat the clock and produced some well-executed, unique work along the way. Congrats to all the students and captains for producing another great event! 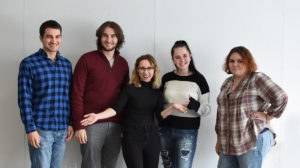