Monday night we celebrated the sixth annual Uber Bowl. Thankfully, unlike last year, the weather held out and all were able to attend. This annual event is meant to be a review of commercials from the Super Bowl, held the previous night. This year, we decided to put a spin on things and change to a debate-style format.

We had four teams all competing for the coveted Uber Bowl rings (and some extra swag too). The teams raced the clock to choose their favorite, and least favorite ads, and then quickly and succinctly explain to the judges why they chose that ad taking into account creativity and originality, branding, the target audience, and the budget.

A huge thank you goes out to our moderator and referee, Rich “The Bull” Gaenzler from 97 Rock. Rich donned a ref uniform and led our teams through various categories of ads while our three judges (Erin Haskell from Crowley Webb, Ben Barnhardt from dPost, and Frank Conjerti from Quinlan) scored the teams as they presented their case for the best and worst ads. There were arguments and challenges and, of course, many laughs.

The ad categories were: 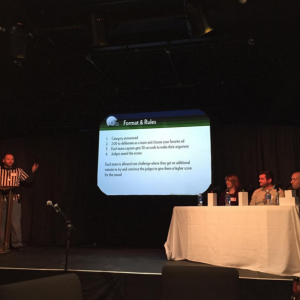 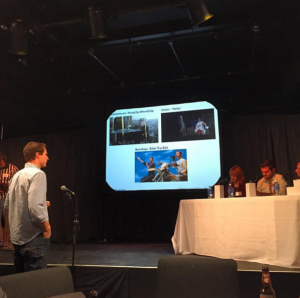 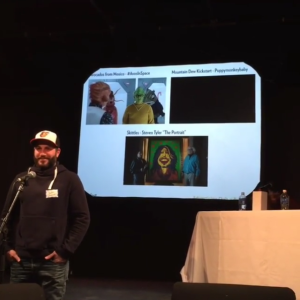 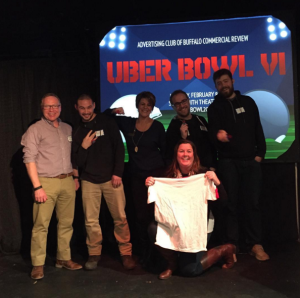 ← At BrandHack Some Strangers Got Really Creative Really Fast! Everyone loves the previews →